MO71 and MQEdit are 32-bit Windows® programs so clearly they will run under Windows. However, they will also run on an Intel® Linux® machine under WINE. WINE is a fabulous piece of free software that comes from the WINE project. This software allows a huge range of Windows applications to run, virtually unchanged, on an Intel Linux machine. The software is not an emulator but rather translates Windows API calls to POSIX® calls on the fly which means that it is fast and efficient. The level of compatibility is very good and it is well supported with regular updates. 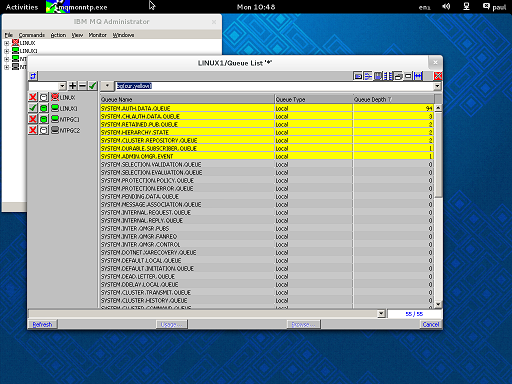 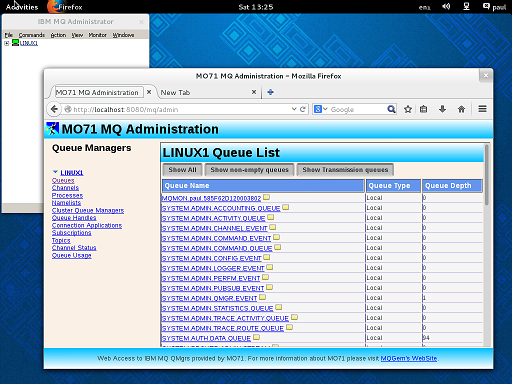 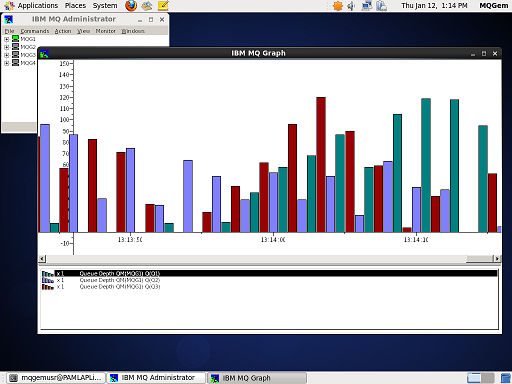 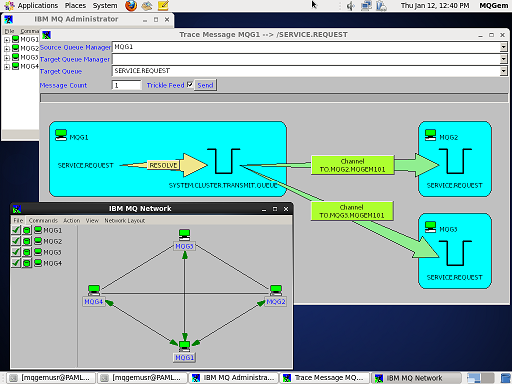 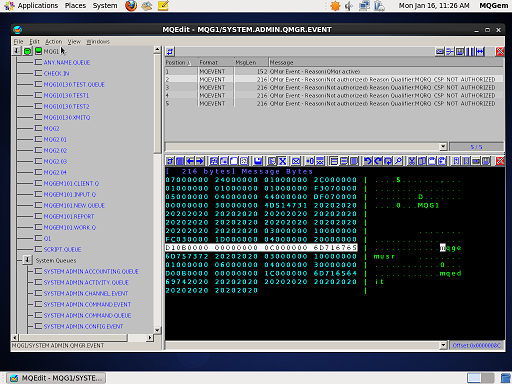 MQEdit editing a message in hex on CentOS 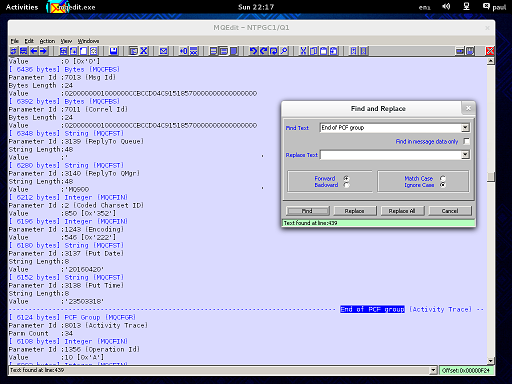 Full instructions of how to get MO71 or MQEdit running on Linux is contained in the relevant product's documentation. However, the essential concept is to run the product in the WINE environment. This is simply achieved by issuing a command such as wine mqmonntp for MO71. Howevever, clearly the MQGem products need to access the IBM MQ product and this is what this web page is all about.

This page allows you to download a zipped tar file which contains two wrapper libraries - one for the MQ Client (mqic32.dll.so which maps to libmqic_r.so) and one for the MQ bindings library (mqm.dll.so which maps to libmqm_r.so). These wrapper libraries will allow a program running under WINE to issue MQ calls and call the installed IBM® MQ product just as if it were calling it directly from the Linux environment.

A list of known problems will be kept here. If you find an issue please check back here to see whether it is already a known problem.

Here is a list of the problems that have been found running the products under WINE. These are issues with the WINE functionality itself and should be fixed in later versions of WINE. It is recommended that you use a version of WINE that is 1.7 or later. In general you should use the latest level of WINE available on your system.